To celebrate Summer Solstice – the longest day of the year – and the 16 hours of daylight, we filmed Phil Vickery at the Dorset coast where he made the most of the early sunrise with a spot of fishing. He cooked up a rather tasty fried gurnard with tomatoes and courgettes

We were streaming live drone footage linked up to a liveU system which was then fed by Satellite to the studio. So were able to respond quickly to Phillip Schofields shot requests.

Here are a few behind the scenes pics… 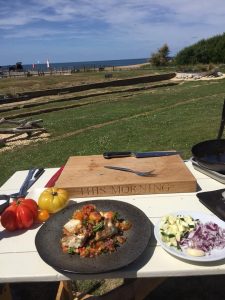 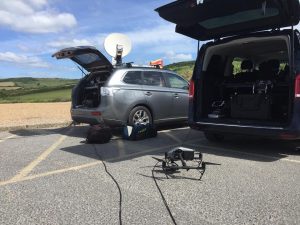 Find out more about our production services including live broadcast here.

Read More
%d bloggers like this:
We use cookies to ensure that we give you the best experience on our website. If you continue to use this site we will assume that you are happy with it.Ok